On October 11, 2007, we received a lengthy email message labeled “(UNCLASSIFIED) Military Applications of Ig Nobel Peace Prize Research.” The author, Dr. David Leffler, urged us to share it with you. Here is an abridged version:

You may recall that in 1994 world-renowned quantum physicist Dr. John Hagelin received the Ig Nobel Peace Prize for his experimental conclusion that 4,000 trained Transcendental Meditation ™ experts caused a significant decrease in violent crime in Washington, D.C. His groundbreaking research was later published in Social Indicators Research.

A lot has happened since this time. The advanced TM-Sidhi program is now also known as Invincible Defense Technology in military circles. I am the Executive Director at the Center for Advanced Military Science (CAMS). We advocate the use of Invincible Defense Technology by the military to prevent terrorism and war. We have an impressive group of military-related experts at CAMS including retired generals and a former military aide to President Ronald W. Reagan and President George H. Bush. Their pictures and bios are available at our website at: http://www.StrongMilitary.org 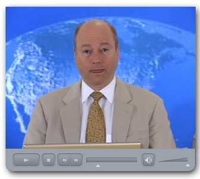 Please view a MUST SEE online video (1:17:00) by Dr. John Hagelin, who is now the executive director of the International Center for Invincible Defense in New York City. The Harvard trained physicist recently addressed UN ambassadors, government leaders, and the world press to call for establishing in every country a group of experts in “Invincible Defense Technology” (IDT) to render every country impervious to attack…. The video is available at: http://www.invincibledefense.org/videos/2007_04_11_hagelin.html

[Furthermore,] I hope you and your colleagues will carefully read this paper.