Terrorism – Violence – War: There Is a Solution! – The Modern Tribune article

This article was reprinted in the Modern Tribune on 23 February 29 2003. Originally appeared in the Daily Excelsior on 24 September 2002.

Terrorism – Violence – War: There Is a Solution!

Published in THE MODERN TRIBUNE
February 23, 2003

Is there a solution to terrorism, violence and war? Yes. A solution to these perennial problems can be found in ancient knowledge of Vedic defence. Veda means pure knowledge. Because pure knowledge is non-religious and universal, the Vedic solution of Invincible Defence Technology can be universally applied by the followers all religious beliefs or non-believers for the benefit of humankind.

This article examines issues that give rise to violence, how Invincible Defence Technology works, the places this human resource-based technology has succeeded and its scientific validation. This technology of peace is prevention-orientated, life supporting, nourishing and non-destructive. Invincible Defence Technology is being vigorously and successfully revived as a powerful tool for conflict resolution and prevention by renowned scientists worldwide under the guidance of physicist and Vedic scholar Maharishi Mahesh Yogi.

Terrorism and violence are on the rise. This is a global problem. Although intensities may differ, almost every country now faces such menaces. Suicide attacks are spreading fast, which adds a new dimension to the problem. Today terrorists may attack with weapons of mass destruction. Suicidal human carriers can strike any location with pin-point accuracy using a wide variety of dreadfully destructive weapons.

History shows that weapons or large militaries cannot stop terrorist-related violence. Use of force further hardens the terrorists. A recent example is Palestine and Israel. Israel is backed by the United States. Even with the support of this powerful nation, a mighty military force, and the use of all kinds of sophisticated weapons, Palestinian terrorists can not be tamed.

There are other examples. Despite massive bombing and ground operations, Al Qaeda is still strong. In spite of prolonged confrontation with the Sri Lankan military, the Liberation Tigers of Tamil Eelam (LTTE) are still a formidable force. The mighty Indian armed forces can not curb terrorism in Kashmir. This list of failures goes on and on and leads to a simple conclusion – war, weapons, and militaries cannot bring peace.

It is ironic that powerful nations bomb weaker nations in the name of peace. The logic of this dubious strategy could be summed up by this paraphrased statement of a U.S. soldier in Vietnam – “We destroyed the village so it would not fall into enemy hands!” This is essentially the same excuse powerful nations still give today – military intervention for peace. The United States did it in Vietnam, Russia did it in Afghanistan, India in Sri Lanka; all big militaries returned bleeding, leaving smaller countries in turmoil. Bombing for peace carries on unabated even today.

If mighty militaries cannot win against terrorists, and violence and crime can not be eradicated from our society, then why do governments continue to use the instrument of war to get peace?

The reason is quite simple – they have not identified and addressed the factors that lead to crime, violence, terrorism, war, and all negative tendencies. For a layman, or even a trained military person, the reasons for these problems are commonly known and perceived. They include greed, territorial disputes, religion-linked conflicts, expansionist tendencies, economic compulsions, and so on. However, according to Vedic literature the root cause of these negative tendencies is the accumulated social stress in the society. Therefore, governments do not need weapons and large armed forces to reduce the levels of stress of individuals and society as a whole.

The Vedic solution to reduce individual and collective stress is to increase coherence and harmony through the regular practice of the Transcendental Meditation (TM) programme. The technique is practiced for 15 to 20 minutes twice daily, sitting comfortably with eyes closed. It is simple, natural, effortless, and easy to learn. This scientifically validated mental technique requires no special posture, procedures or religious belief. It can be learned in five days with a one and half hour contact period, each day, under the guidance of an expert teacher.

The answer to terrorism is the Vedic Technology of the TM technique and its advanced practice of the TM-Sidhi programme, including Yogic Flying. In Yogic Flying, the body involuntarily hops upward and moves forward when mind-body coordination is optimum and brain coherence is on the peak. The TM and TM-Sidhi programmes increase coherence and harmony in the environment and reduce social stress in society. This fact is backed by over 600 scientific studies undertaken by 200 renowned universities. On a practical level, Invincible Defence Technology has been successfully demonstrated in many parts of the world in conflict-prone zones and terrorist-infested regions.

The group practice of the TM and TM-Sidhi programme is an extremely powerful means to reduce stress in society and increase harmony and coherence. Scientific research indicates that the consciousness of each individual meditator in a group contributes to the group’s consciousness-the intensity and range of coherence is directly proportionate to the number of meditators in the group. The larger the number of participants, the greater the intensity and range of coherence that is radiated to the society and environment. In group practice, each meditating individual becomes a transmitter of orderliness and peace in society. This process is analogous to the way a television or radio transmitter enlivens the electromagnetic field in specific manner and then transmits waves through the field – waves that can be picked up at a distance.

These coherent signals could be called by many names, “Pulses of coherence,” “Signals of good will,” “Signals of Harmony,” “Signals of peace,” and so on. Coherent signals generate peaceful gestures even amongst bitter enemies. Their intensity can be measured by the positive effects created on the entire environment, society and each member of society. The collective practice of the TM & TM-Sidhi programme, its positive effects on surrounding population, and effects measured on far-off places, are highly indicative of a field effect phenomenon. Once the Yogic Fliers stop practicing the TM and TM-Sidhi programme, the coherence in the environment also ceases. This effect would be like radio or TV transmitter station having a “power failure.” The coherent radio waves would no longer be received by radio or TV receivers.

Extremely large numbers of practitioners of Invincible Defence Technology are not needed to eliminate collective social stress. One percent of the population practising the TM technique, or only the square root of one percent practising the TM-Sidhi programme in a group is adequate to create coherence and harmony in the society. This group of coherence creators would affect all people, including those not participating and not even aware of the group. The TM and TM-Sidhi programmes positively affect the individual physiology because of the deep rest and relaxation they provide and the increase of brain coherence due to mind-body coordination. This results in orderliness in individual behaviour, and simultaneously affects society and the environment in a positive manner. Over fifty scientific studies have documented positive peace indicators amongst warring groups, including reductions of crime and violence reductions, increased. (Most of these studies are summarized in an academic article published by the Security &
Political Risk Analysis (SAPRA) India think tank at:
http://web.archive.org/web/20070206071202/http://www.subcontinent.com/sapra/research/military/m_1999_05_01.html). This positive effect in society has been named as “Maharishi Effect.” The number involved in coherence-creating group is so small that the beneficial effects on society cannot be accounted for by behavioral interaction of the coherence-creating group with the other members of the society.

Dr. John Hagelin, a Harvard trained quantum physicist and recipient of the prestigious Kilby award, states: “Just as anger can spread through a population, so can calm. Humanity is connected at the deepest level of human interaction-an abstract, quiet communication-so that collective consciousness can be influenced in a tangible and measurable way; there is a proven correlation between meditation and reduced social stress.” While illustrating the scientific basis for the Maharishi Effect, he further elaborates: “This practical approach, known as Invincible Defence Technology, applies cutting-edge discoveries in quantum mechanics, neuroscience, and human consciousness to diffuse stress, effectively disarming the aggressor. It targets at the root cause of violence-acute stress resulting from religions and ethnic tension.”

In spite of the studies and field tests, those functionaries in the government who could approve the proposal and implement it are reluctant to do so on two major accounts. Firstly, some people are ignorant about Invincible Defence Technology and how it acts, and tend to disbelieve its potential. For this reason, such people need a detailed explanation. The second category is those who understand the possibility of bringing peace by Invincible Defence Technology, but actively resist its implementation due to vested interests. These people are under pressure from arms producing countries, who give financial aid to poor countries, encourage warring groups and then sell arms to both the parties. We know for certain that countries trading in arms do not encourage deployment of Invincible Defence Technology because if the world adopts it, powerful countries will have to close their “weapon shops,” adversely effecting their economy.

Invincible Defence Technology is cheap and easy to implement; it is prevention oriented, brings in holistic positivity in the environment. It decisively targets the very cause of violence, killing and war. Maharishi is broadcasting this message to the whole world, and the authors are convinced that he is the only person who has the solution to the problem that has defied the world-terrorism and violence. World leaders are fully aware of this powerful technology, but do not implement it due to vested interests.

One can wake up a sleeping man but how do you wake up a man who is pretending to sleep? 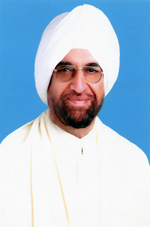 Maj. Gen. (Dr.) Kulwant Singh, UYSM, Retd. received his Ph.D. and M.Sc. in Defence Studies from Chennai University. He also has a postgraduate diploma in Human Resource Development from Indira Gandhi National Open University (IGNOU) in New Delhi. Dr. Singh has a postgraduate diploma in Management from the Regional College of Management and Technology (RCMT). He qualified for the prestigious Higher Command Course at College of Combat and is a graduate of the Defence Service Staff Collage. He fought in combat and led India’s fight against India’s intransigent terrorism problem for nearly 30 years. Maj. Gen. Singh was awarded the Uttam Yudh Sewa Medal, the second highest decoration for senior officers during operations in Sri Lanka as part of IPKF (Indian Peace Keeping Force). Today he is leading an international group of generals and defense experts that advocates Invincible Defence Technology. Dr. Singh lives in New Delhi, India. Email: invidef @ nda [.] vsnl[.] net ].] in 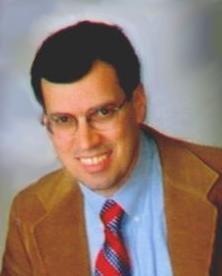 Dr. David Leffler received his Ph.D. on the topic of Invincible Defence Technology from Union Institute & University. His other academic degrees include: a B.A. in Education, an M.A. in the Science of Creative Intelligence from Maharishi University of Management and an M.M. in Education from New Mexico State University. He was a member of the U.S. Air Force for eight years. Dr. Leffler is a founding member of the Center for Advanced Military Science (CAMS) at Maharishi University of Management. He serves as a Peer Member at The Union Institute and is a member of the U.S. Naval Institute. Dr. Leffler has given presentations on Invincible Defence Technology at the Russian Air Force Academy, the Russian Academy of Sciences, and defense-related institutions in the United States. He lives in Wappingers Falls, New York, USA. Email: drleffler [@] hotmail [.] com